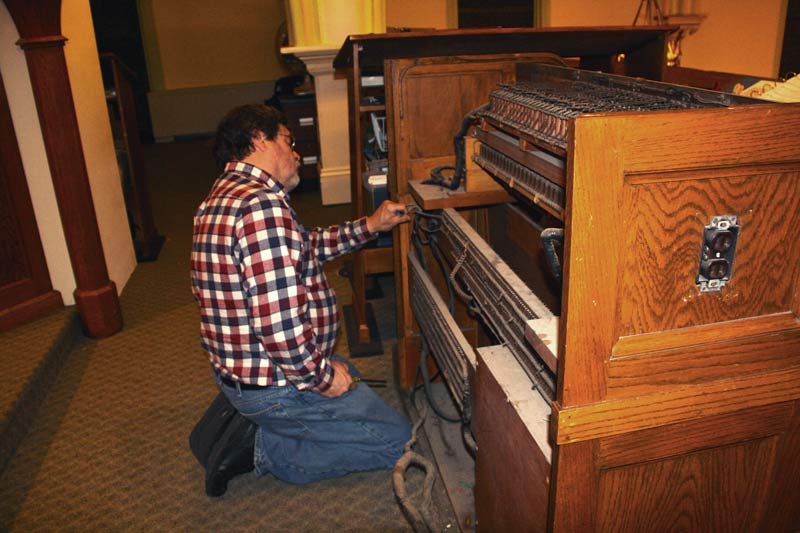 WRITTEN BY SISTER MARY LOUISE – UEBELHOR, O.S.B. for ‘The Message’

On Oct. 26, Bishop Charles C. Thompson blessed the newly restored and updated Wick’s pipe organ in a special ceremony at St. Mary Parish in Huntingburg. The ceremony took place at the opening of the Mass in which Bishop Thompson installed Father Ryan Hilderbrand as pastor of St. Mary Parish. St. Mary’s previous pastor, Benedictine Father Godfrey Mullen, in consultation with the pastoral council, finance committee, and buildings and grounds committee, began the discussion of restoring the organ. The original 75-year-old wires and electric cables were brittle, and there were a number of manual keys and pedal keys that no longer functioned. Mice also had eaten some of the brittle paper that covered the original wires. Father Hilderbrand and Benedictine Sister Mary Louise Uebelhor, St. Mary’s music minister, formed a Pipe Organ Project Ad Hoc Committee that included parishioners Wilfred Begle, Steve Blessinger, Barbara Craig, Matt Pund and Mike Steckler. The contract for restoration was awarded to the Wicks Pipe Organ Company of Highland, Ill., which built the original 15-rank organ. Wicks still had the original organ specifications from 1937! This was invaluable information for the pipe organ specialist, Jack Haase, who then trained parishioners to carefully remove and store the individualized pipes. The organ console was dismantled in February and transported back to the Wicks factory, where a team of pipe-organ technicians built and installed all new solid state components. In the meantime, Meredith Heim, daughter of St. Mary’s youth director Don Heim and his wife Rachel, offered the use of her home organ to the parish. Electronic and studio pianos also were used to enhance the assembly singing. Parishioners and friends of St. Mary’s began offering funds for the $80,000 restoration project. 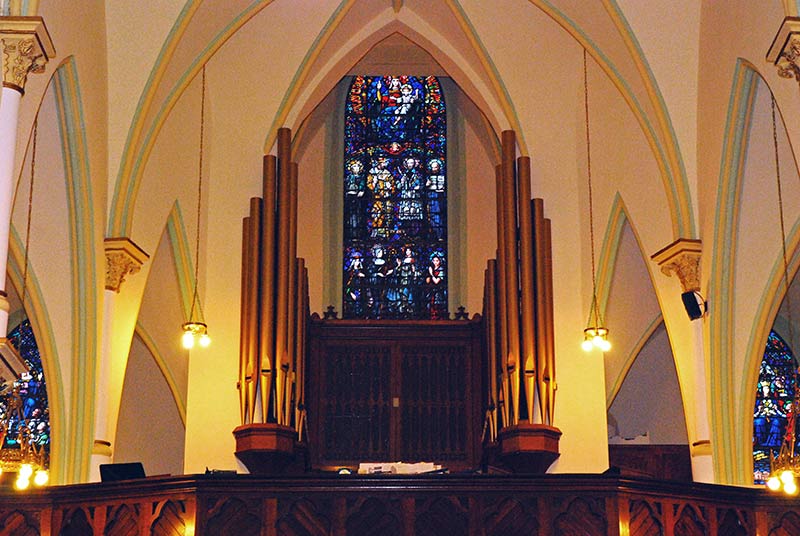 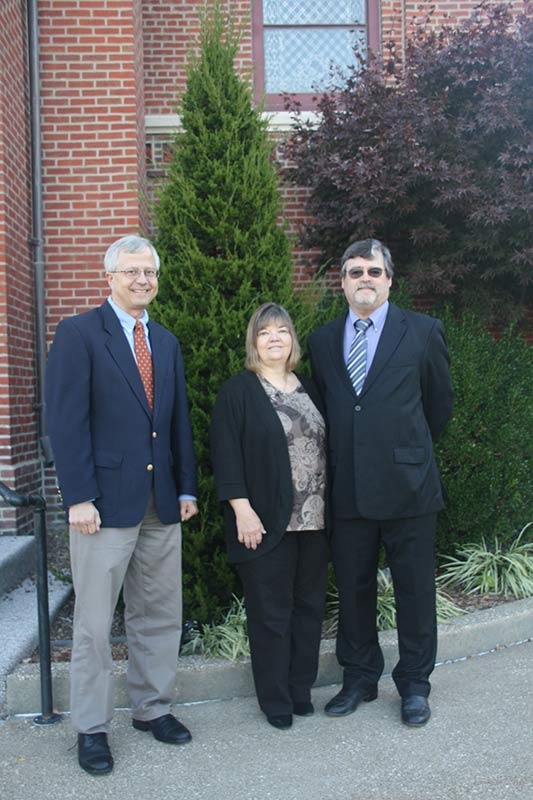 Submitted photo by Toni Sollman Scott Wicks, left, president of the Wicks Pipe Organ Co. of Highland, Ill., attended the dedication and stands with Linda Haase and her husband Jack. Linda assisted Jack with reassembly of the pipe organ by soldering all the new wiring and cleaning the instrument’s 1,200 pipes. 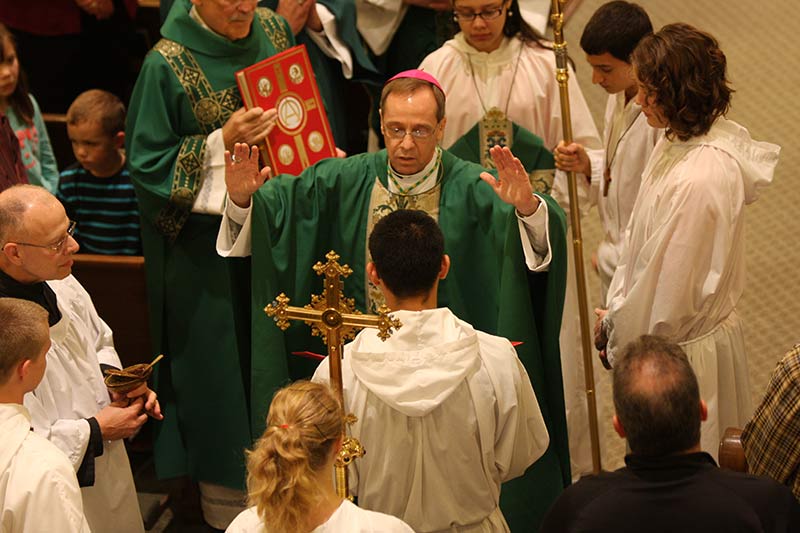 Submitted photo by Toni Sollman Bishop Thompson blesses the organ at the opening of the Mass during which he installed Father Ryan Hilderbrand as pastor of St. Mary Parish.

The replacement value of the pipe organ is $400,000; it originally cost $4,800, including the trade-in value of St. Mary’s antiquated pump organ. The organ console was returned to St. Mary’s in August, and Haase began reconnecting it to the thousands of new wires and its latest electronic components. His wife, Linda, soldered all the new wires; meticulously cleaned the 1,200 pipes; and assisted with pipe tuning. Kerry Pfaff and Larry Blackgrove, parish custodians, worked on conduit, electrical hook-ups and additional balcony lighting for the adult choir. St. Mary’s parishioners, especially the musicians, are most grateful for the completion of this 10-month parish project. They are hopeful that their updated pipe organ will continue to play a prominent musical role in the flourishing prayer life of the parish, and that it will last at least another 75-100 years.