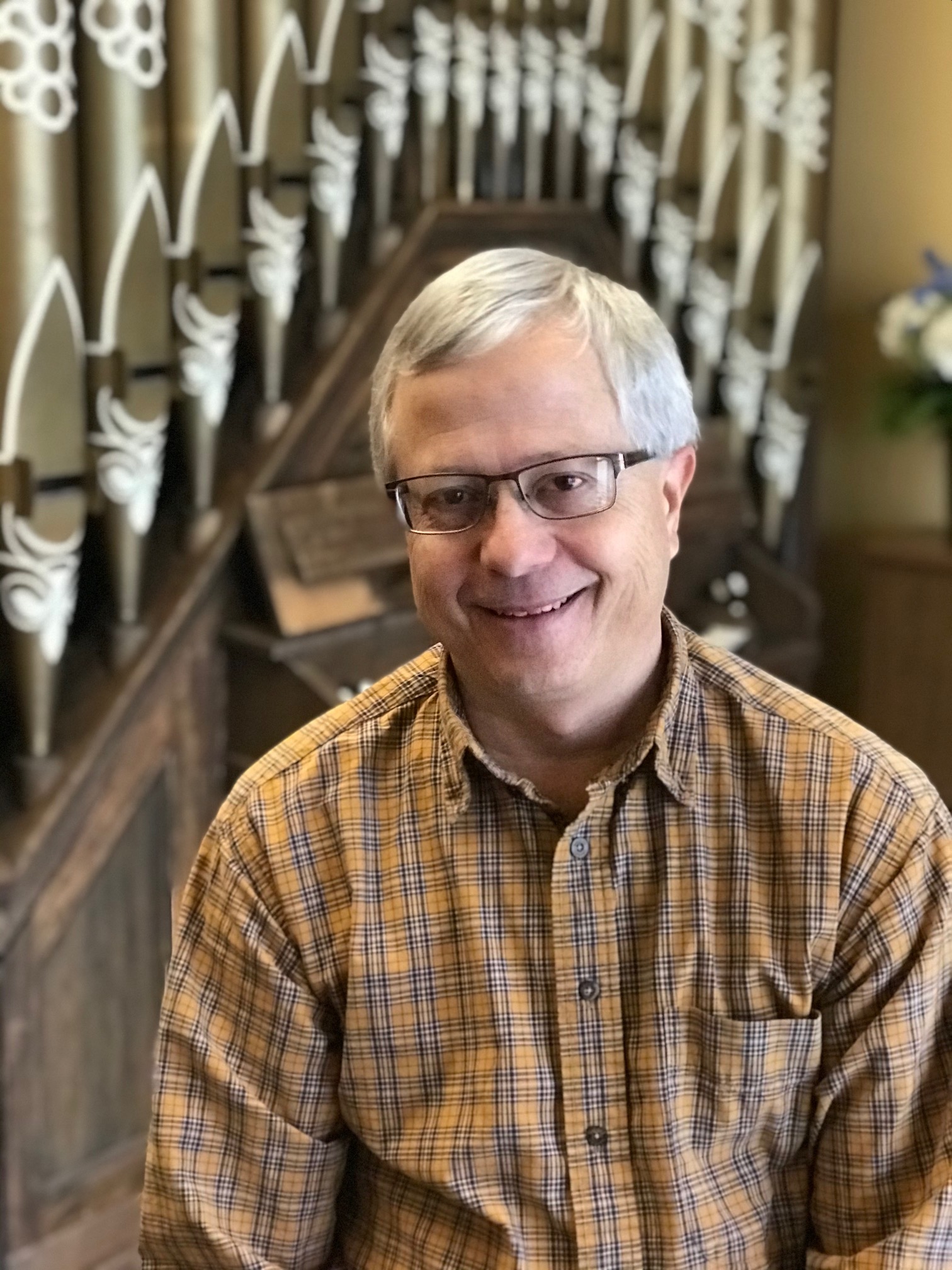 Scott Wick is the 3rd generation family member of the famous Wicks Organ Company. In May of 2019 Scott purchased the assets of Wicks Organ Company and continues in the organ business under the new name Wicks Organ LLC. At an early age Scott developed his passion for the organ business working in the shop and servicing organs when school was not in session. Scott graduated from SIU-C in 1986 with a Bachelor of Science Degree in Electronics and Business. He has enjoyed working in the numerous departments of the business learning many of the different trades. While working in the Research and Development department Scott, developed the optical-key system which is still used today. He was awarded a patent for a new method of manufacturing reed shallots continuing the Wicks tradition of developing new innovations. Some of Scotts favorite aspects of the organ business are sales and installations. Scott currently serves as the president of Wicks Organ LLC. 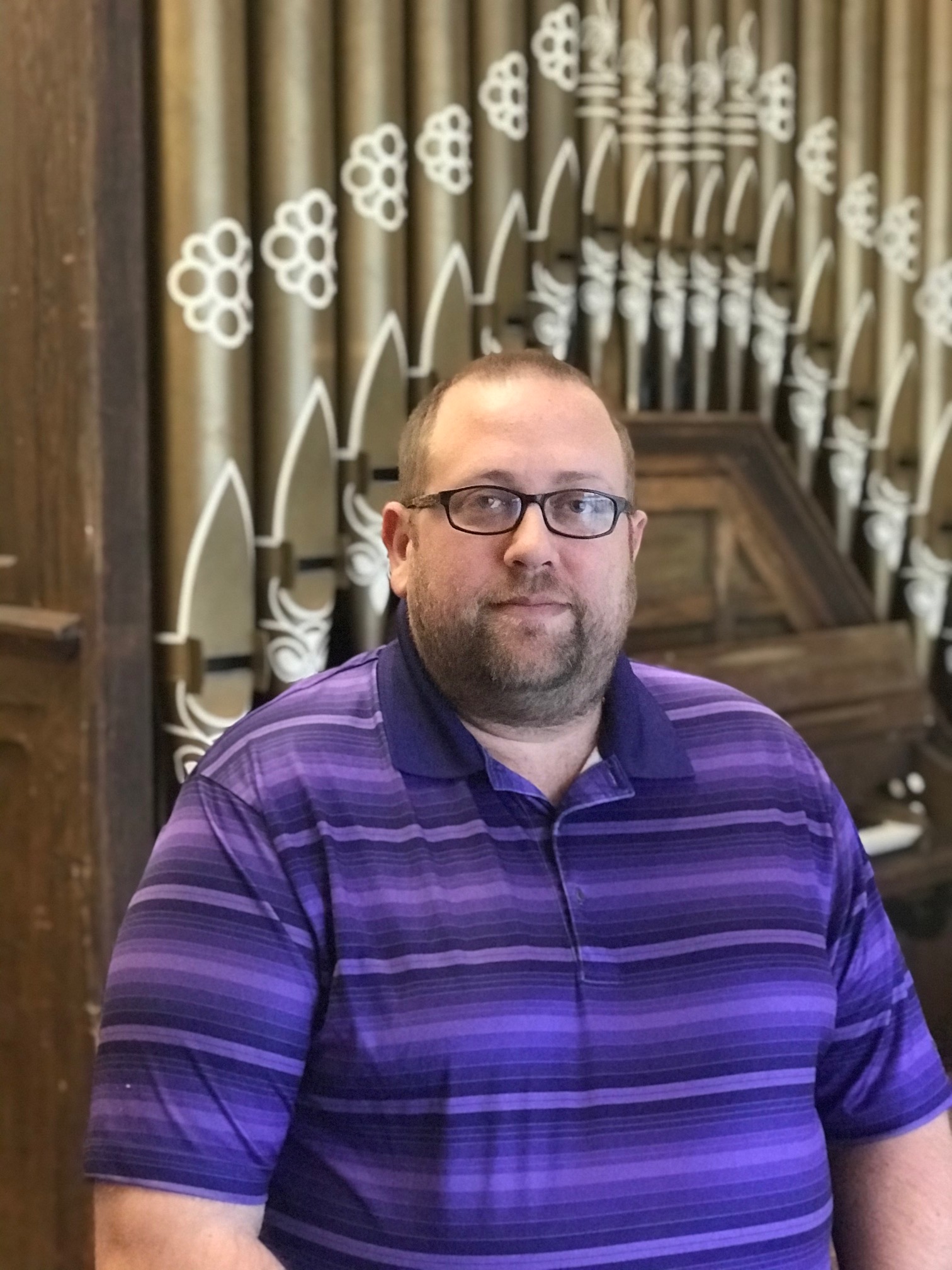 A native of Tonawanda, NY, Cory discovered pipe organs at age 12 while attending a concert on the Wurlitzer organ at the Riviera Theatre in North Tonawanda. Shortly after that first encounter, he became a regular volunteer and played preshow overtures on the Wurlitzer for 15 years as one of several house organists. He also accompanied several feature-length silent films including “Phantom of the Opera”, “The Black Pirate”, “IT”, and “Upstage”. After high school he worked for a short time at H.L. Schlicker Inc, before being lured to work with Wicks representatives in NYC and Ohio on new installations and service. It was this association that opened the door for his relocation to Highland, IL in 2004 to work for Wicks full time. He began in our service dept and now oversees operations in our shop, directs installations and also works directly with customers on new projects and proposals 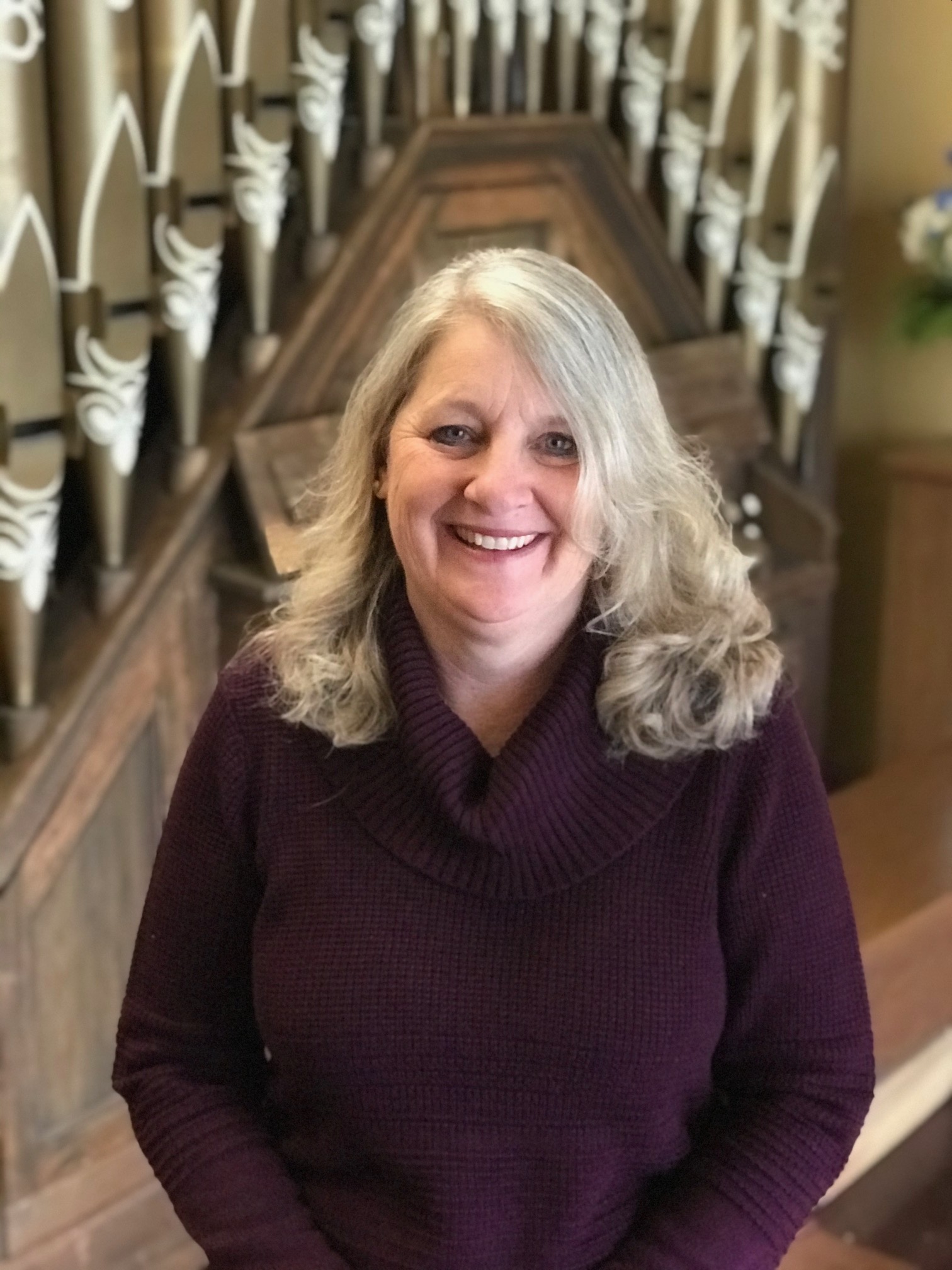 Lynn has been working in the office at Wicks since 2017. As an administrative assistant, she focuses her attention on customer inquiries, correspondence, contracts, and maintaining the organ files. She enjoys assisting customers with their inquiries, and especially doing historical research about their Wicks pipe organ. 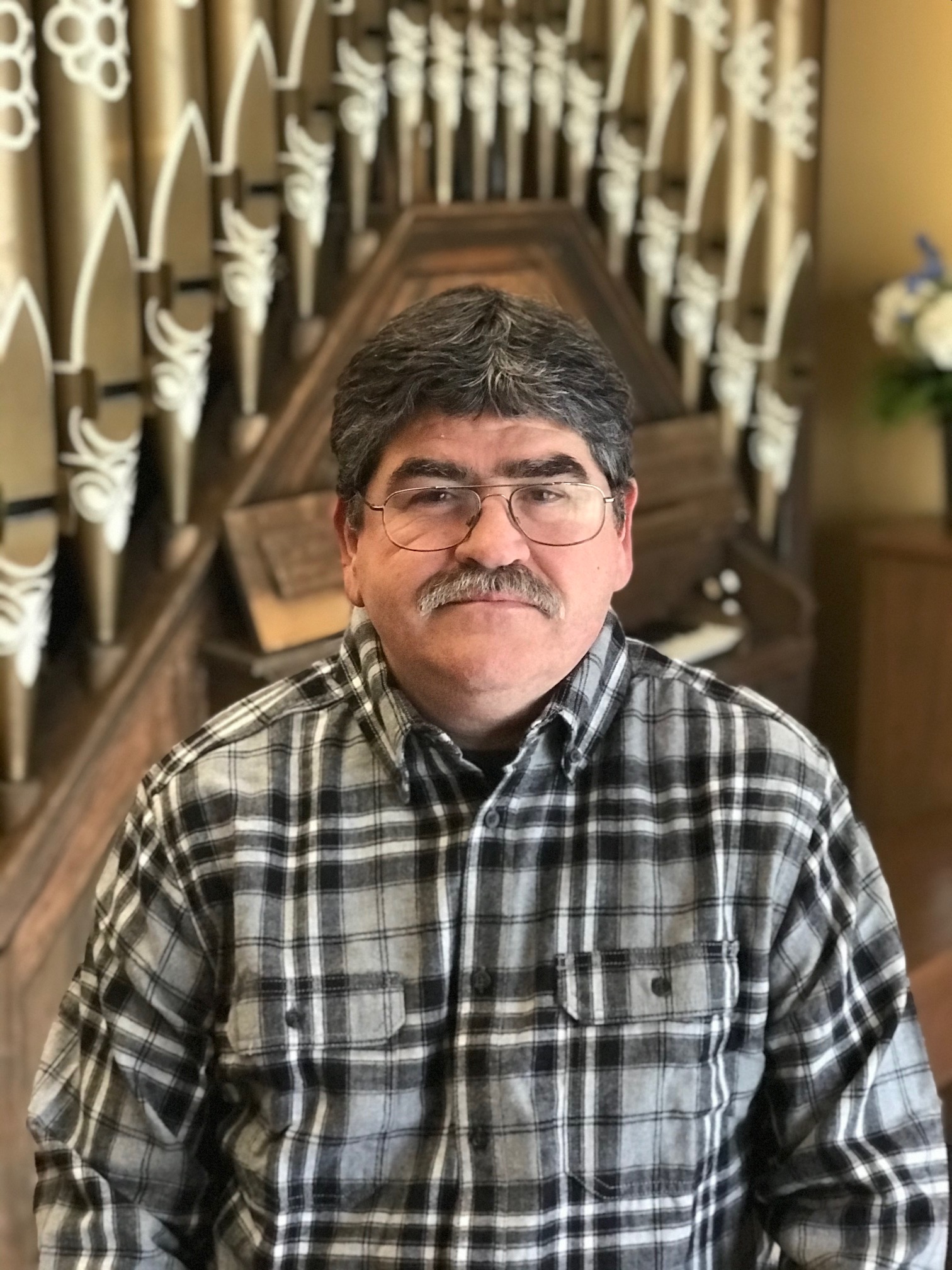 Starting with raw materials, Darrin spends his time, like a chef, crafting many custom recipes for each project he works on. You will find no cans of store-bought stains here. All of our stains are custom blended inhouse, in order to achieve a nearly seamless match to samples provided. Working either from a new sample provided by the customer, or utilizing over 100 years’ worth of inhouse samples for over 6400 instruments. Darrin takes his craft seriously, and his high-quality finishes are present in each project that leaves our finishing dept. 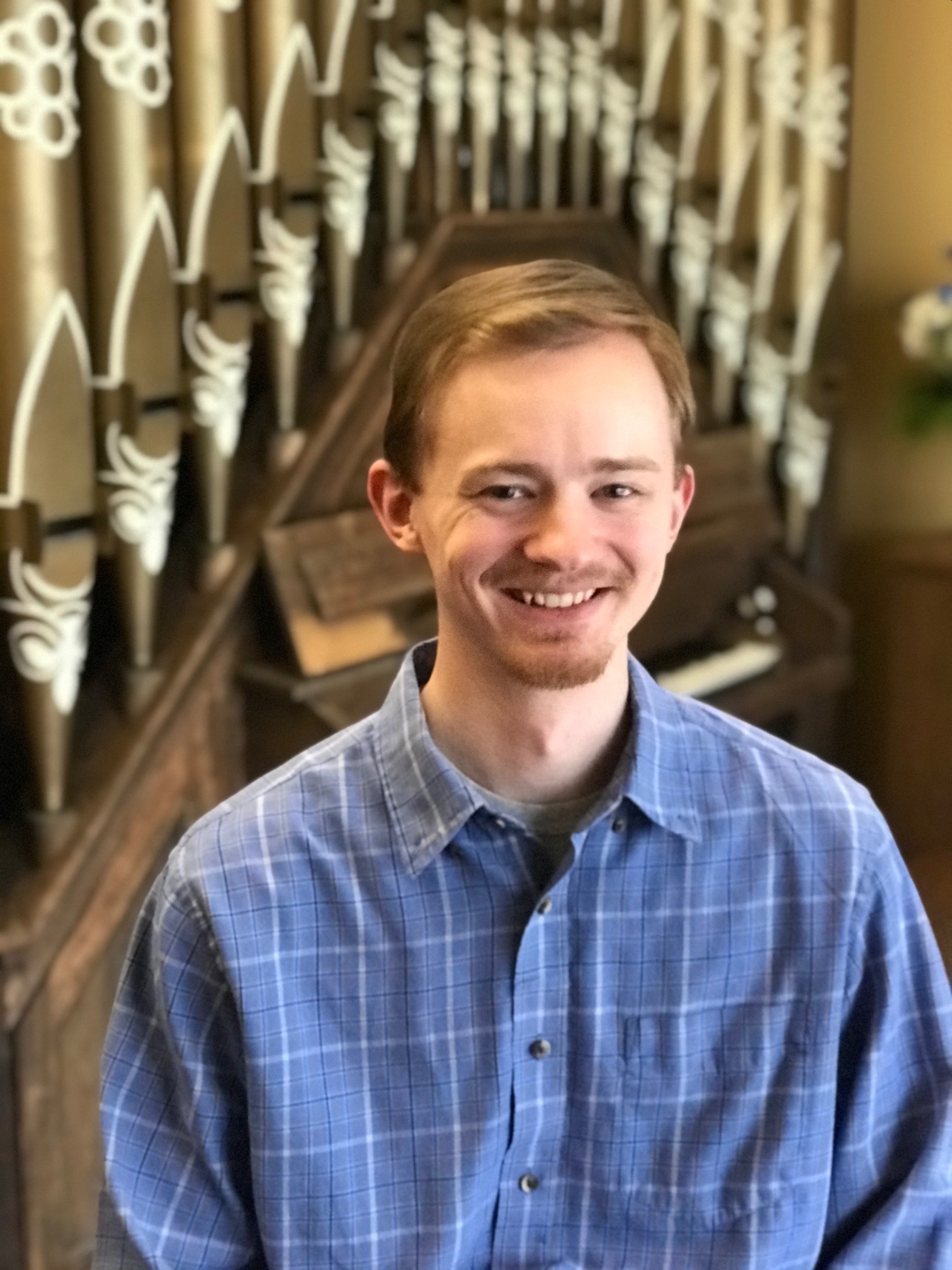 Originally from Idaho, Walker began working as a producer at a television news station after receiving his degree in art. But TV news was no match to the lure of pipe organs, and Walker joined Wicks in April of 2019. Aside from music, his other interests include history and aviation. 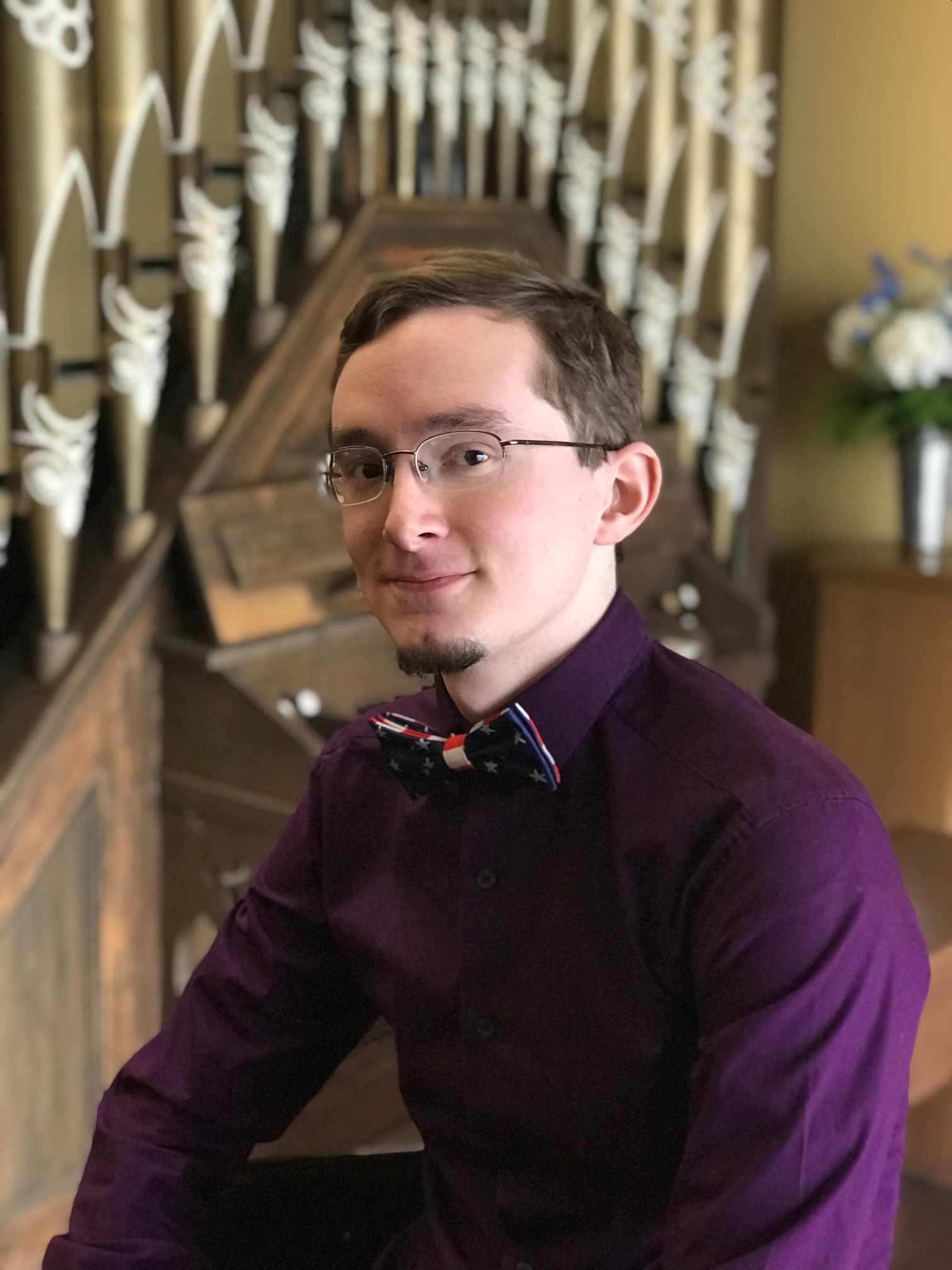 Every shop has a crazy organ nut, and Zach is ours. Zach joined the staff at Wicks in 2019 as a Tuner/Technician, having been an intern with Wicks during high school. He is passionate about pipe organ building, and has been since he toured Wicks Organ Company at the age of 12. He has attended the Pipe Organ Encounter-Technical three times, recently completed his own house organ, and is a proud Eagle Scout.