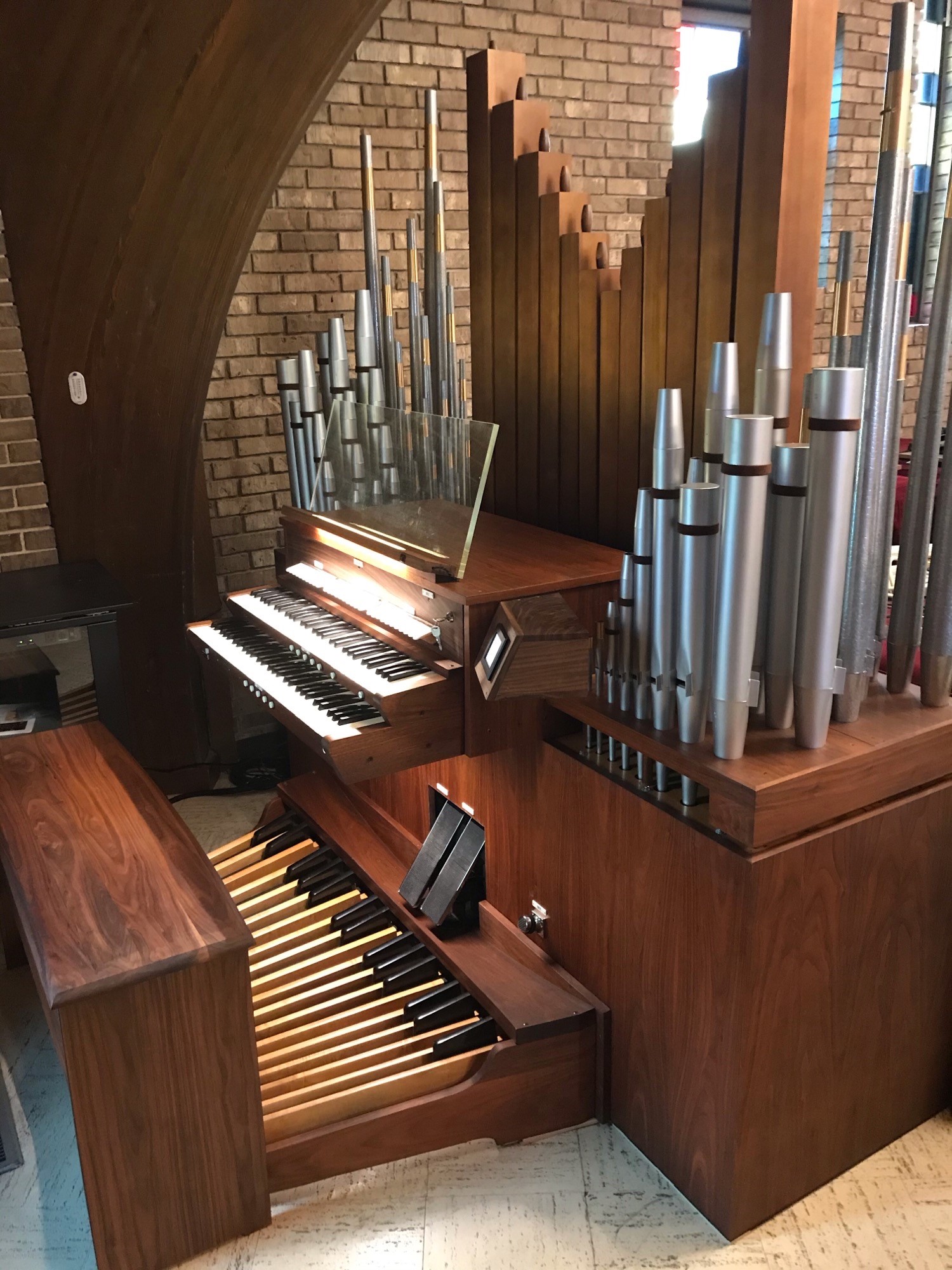 On April 25, 1969 Rev. Charles Miller signed the contract for Wicks Opus 5069, a 1 manual 1 rank instrument, to serve the new fledgling congregation of Our Lords Lutheran in their first worship space in Collinsville, IL. Upon completion of the present building, the instrument was moved and continued to serve the congregation. After 51 years of faithful service opus 5069 was relieved of its duties and removed to the Wicks shop in March 2020. 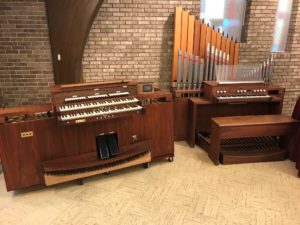 Out with the old, in with the new.

Taking its place is Wicks Opus 5443, a 2 manual 2 rank instrument built in 1974. We removed this instrument from its former home in Ramsey, IL in the summer of 2019 and it soon found new admirers in the eyes of the anonymous donor at Our Lords Lutheran. Opus 5443 was restored mechanically and cosmetically, received a new control system, and its tonal pallet expanded digitally with the new “Laurel” digital system from Viscount.

The completed instrument was installed at Our Lords Lutheran in 2020.