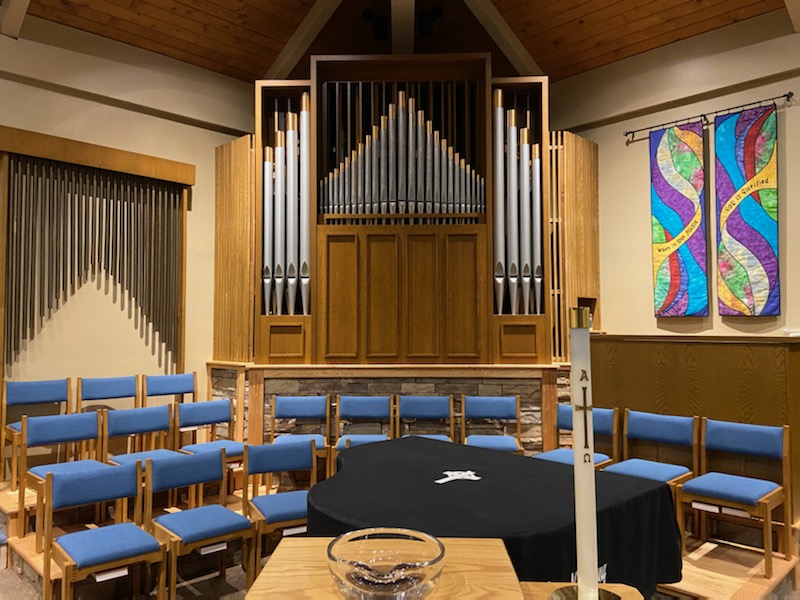 Conceived as a series instrument (Classic III), Opus 6027 was built in 1985 for Ascension Lutheran Church in Del City, OK.  It served there for 36 years, being removed and brought back to Highland, IL in 2021 in search of a new home. 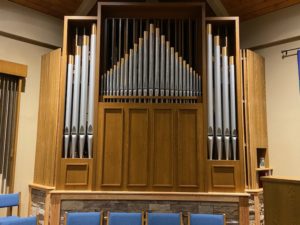 Shortly after its arrival, a new home was found at Christ the Savior Lutheran Church in Aurora, CO. Opus 6027 was originally constructed with additions in mind, to increase its size from 3 ranks to 5.
The blank toe boards were laid out, drilled and actions installed for two additional ranks of pipes; A 16-8′ Trumpet and an 8′ Gemshorn Celeste TC.  A Peterson Duo-Set Combination Action was also added at this time. 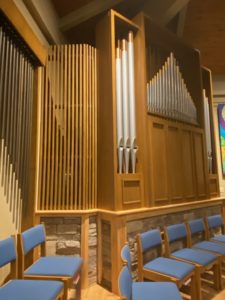 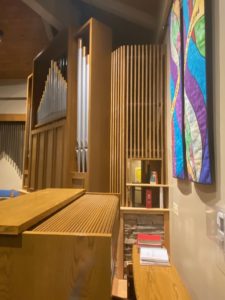 The renovated instrument was installed at Christ the Savior Lutheran Church in Aurora, CO in 2022.