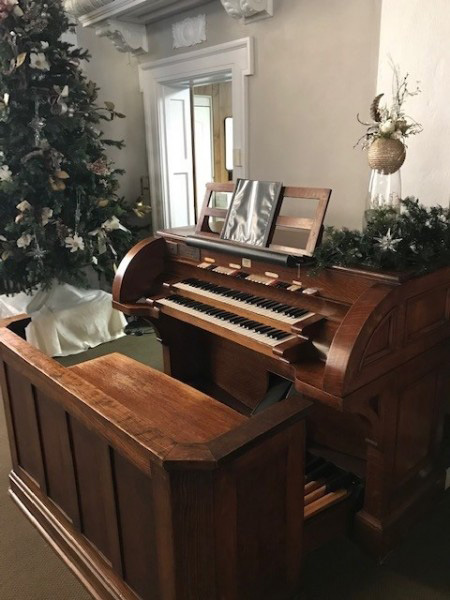 Wurlitzer Opus 950 has called First Christian Church in Fairfield, IL home and happily accompanied its congregation since it was installed in 1924.  It remained intact until the 1970s, when a St. Louis based organ builder made tonal revisions, additions, and alterations which included banishing the original Vox Humana from the premises, reconfiguration of the winding system and attempts at modifications of the original early Wurlitzer manual chest action design to try and render it less troublesome and prone to ciphering.

These attempts were unsuccessful, and the instrument continued to be plagued with these same issues for over 40 years since those efforts. Given the past history and modifications, we elected to replace the original manual chest with a new electro pneumatic chest, following the same layout of the original. This also allowed for proper layout and racking of the 4’ Octave which had been haphazardly shoe horned onto the original Vox Humana toe board. 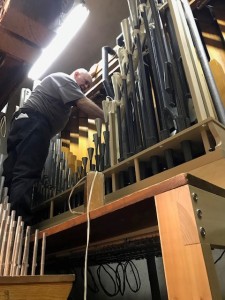 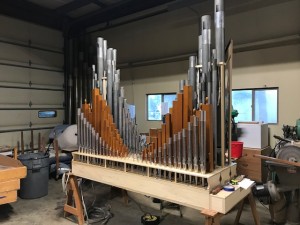 Installation was completed in January 2019.